Merry Christmas to all and to all a good Year!! 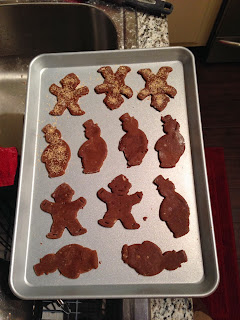 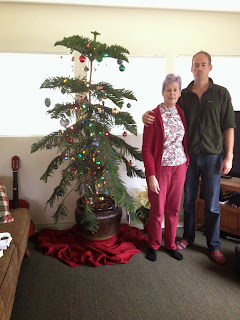 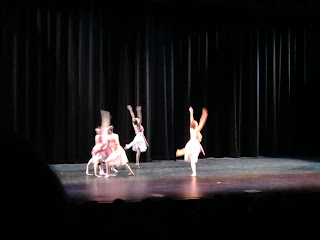 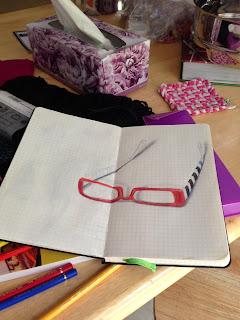 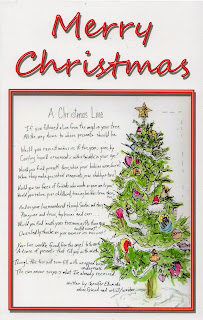 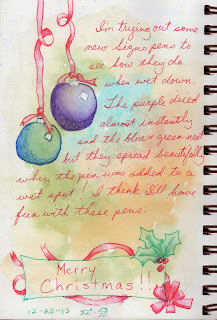 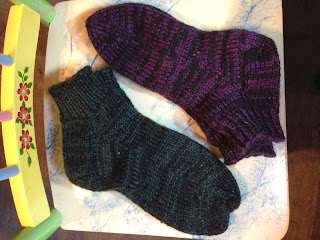 I've been busy. This is some of what I've been doing. I went to my granddaughter's Nutcracker Ballet. This year was the best production of the 3 years I've gone. It was worth the $20 I paid for a ticket. Little Bit looked and danced wonderfully as usual.

I went over to my son's to help him decorate his tree (Oceanside - one hour away) before heading down to a retirement party for my nephew who is retiring from the Santee Fire Department after 30 years (one hour from my son's house). We had a nice time as I got to see people I haven't seen in a while and now that I am in California I get to make these events even if I do have to drive an hour or two! It's much better than a 6 hour drive! I also drove halfway between Hemet and Oceanside to have lunch with one of my sisters and to give her some fruitcakes and fruitcake cookies I'd made as she is the only one who likes them besides me.

I baked! These gingerbread men are vegan and so I took them to the retirement party (my nephew is so allergic to milk products he's almost died several times from touching something with milk on it)! I've also made brown sugar fudge which I took over the making of when my mother-in-law died. (It didn't turn out the first few times so I prayed about it telling God I was only trying to keep my mother-in-law's tradition for her son going and you know, it's never failed since in 30 years)! I made divinity for me, fattigman (Norwegian for Poor Man's Food - a cookie), Chex snack mix, fruitcake and fruitcake cookies and a bar cookie I veganized for my son. He says it's the only sweet he really cares about and has been after me to veganize it for a few years. We'll see how I did tonight!

I have played a bit with pens making an impromptu Christmas sketch and working on a colored pencil drawing in my other sketchbook where I have six colored pencils I use, one each of red, yellow and blue in a warm tone and a cool tone. I was happy to see I could make a decent black with them!

I managed to get the two pairs of slipper socks knit for my son, a yearly tradition!

And lastly, I made a Christmas card from a journal page I have shared already.  I needed one fast and realized this journal page would work if I cropped out my personal writing and bordered it adding a Merry Christmas.  What I forgot to do was ask permission from using Jennifer's poem on a journal page (which she was fine with) to using it on a card!  I will have to apologize for that mistake.

So what have you been up to?  I'm sure everyone has their "too busy at Christmas" tales to tell!

Merry Christmas again and see you next year!
Posted by Timaree at 7:27 AM 4 comments:

Christmas Tree and A Poem 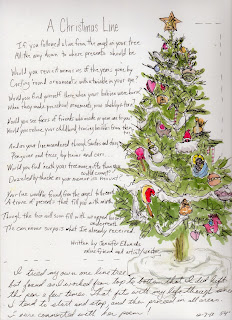 Hope you are all getting ready for Christmas but taking some time out for yourself. I was reminded to take a 20 minute breather today and it was lovely. Something I really needed. I was reminded by Jennifer Edwards who wrote the poem I put on my journal page.

I tried drawing a One Line Tree but actually lifted my pen a few times. I had fun though and liked what I ended up with. Try it for yourself. Jennifer's One Line Tree is here. I'm sure you'll have fun coming up with your own version plus you'll feel much more in the holiday spirit afterwards too!

My tree (the real one which is actually an artificial one...hmmm, well it's as real as mine will be), is covered in handmade or gifted ornaments. The first year I was married I had only a very limited amount of money to buy ornaments so I bought a few kits and made many and then bought just a few glass ornaments. Over the years I made many ornaments sending them to my sisters who sent back some ornaments they'd either made or bought where they were stationed by the army at the time. My kids made some and even my grandkids have added to my tree. The Santa face you see on my drawn tree came from my nephew, now 45 years old!

I have been quite busy working on gifts and baking and visiting so had put "just having fun drawing" time on the back burner until this morning. Aaaah, I feel so good now. I think I'll go have a gingerbread man for breakfast!

Oh, the poem! Well, that's at Jennifer's blog at the second link I gave up above. It's also on my page so if you can enlarge the picture you can read it there too. Enjoy today and the whole season!
Posted by Timaree at 9:56 AM 4 comments: