Drawing with My Granddaughters 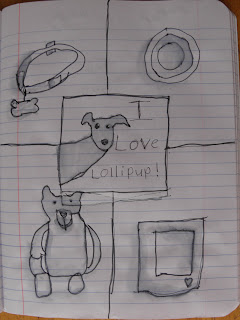 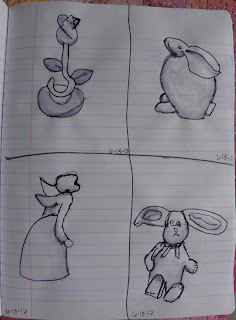 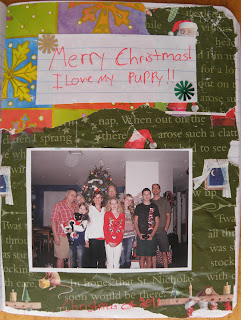 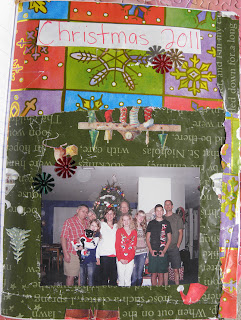 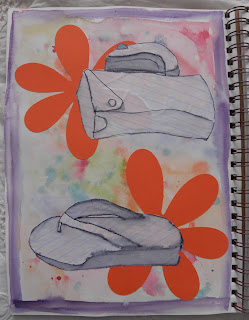 As you all know, I am having an extended stay in California. I'm taking advantage of it by trying to do art with my granddaughters. I need to catch up on the classes I am taking and hopefully this week I will be able to do that.

The first two pictures were done because my daughter says the girls should do something while they watch TV. They watch the same shows over and over or at least that's how it seems to me, so it's easy to do something besides just watching it again. I suggested to one (while the other did a puzzle) that she divide a page in fourths and pick four objects in the room to draw. Her sister suggested she draw some items on the fireplace mantel so this is what she did. I gave her a gray Tombow (non-waterproof) pen and she drew straight in ink so she couldn't fiddle around. Afterwards I showed her how to wet it to shade the drawings a bit with the ink that blurs out when wet. I think she did great with her first straight ink drawings. The second picture is from the littler sister who gave it a try the next day and wanted to draw her dog and it's belongings. I am very happy they gave leadfree drawings a try and that they didn't worry about picking "easy" things to draw!

The next two photos are collage pages I helped the girls with while they were at the allergists. After they get their 3 shots each (glad I never had to do that) they have to sit and wait twenty minutes to see if they react badly and its a boring time for them. I grabbed my art kit and they grabbed their journals and I showed them how to make a page to remember a holiday by. It just took some giftwrap leftover from the day and a copy of a photo. A few words and they had a nice addition to their books.

The last picture is a page I made from the sketches (1 min. max each) I did of some handy objects to show them how to draw with the pen and how to shade with the waterbrush.  One of the girls used their mother's cricut machine to cut out the daisies for me.  I played with watercolor on the page and tried throwing some for blotches.  I don't recommend using the water brush for this anymore for two reasons.  One, it gets the paint too light colored and two, the force of swinging the brush pulled part of it apart.  I was able to put it back together but won't use it again unless that's all I have handy.  I adhered the items on backwards from planned.  I would normally put something like a shoe on the inside edge of a page so it has some space to "walk off" the page.  I'll add a bit of writing when I figure out what to say.... and then I will get to looking at my art lessons.... just as soon as we get back from driving to Oxnard to drop off the ballerina for her dress rehearsal and get lunch and go grocery shopping and....

Hope you are having a productive and fun day!
Posted by Timaree at 12:05 PM